Cyprus’ construction industry seems to be regaining confidence over the past year, as developers encouraged by an increase of activity, feel that the barren years of the real estate crisis are behind them. Cyprus has one of the highest home ownership rates in Europe and also has a longstanding market for second homes and holiday villas, making the economy heavily reliant on the sector, which contributed 14% to Cyprus Gross Value Added (GVA) in 2017.

Confidence levels in the sector have been steadily rising with 2016 and 2017 showing strong market performance, and the upswing continuing straight through to 2018. Major projects are forging ahead with more planned and in the pipeline, and residential housing projects as well as luxury developments are back in demand. In fact, 2017 saw an impressive 45% increase in sales contracts for high-end residential properties. Cyprus’ appeal has remained strong amongst international investors, expats and retirees thanks to its Mediterranean climate, high quality of life and safety, as well as its status as an EU member state conveniently located between three continents. Interest from foreign house hunters and investors has once again become a driving force of the sector.

Growth in all property indices was recorded in 2017, proving the steady boost in demand for Cyprus real estate. Transaction volume rose by 24%, with the majority recorded in Limassol.  Sales to overseas buyers increased by 33%, with Paphos and Limassol by far the most popular areas and together constituting 70% of sales. Limassol also attracted around 52% of all high-end residential property sales. Similarly, the construction sector has seen healthy growth, with the value of new building permits increasing by 49% on an annual basis across the country.  In 2018 (Q1) building permits recorded a 27% rise, with the strongest driver being investment in commercial projects.  2017 saw marginal growth with retail property prices increasing 3%, and offices by 7% – mainly driven by the fresh demand for Grade A office space with Cyprus’ appeal growing as a convenient headquartering location. Interest rates on housing loans have been decreasing consistently since 2012, and by the end of 2017 rates decreased to 3.18% compared to the 2012 peak of 5.16%.

Following a period of doom and gloom for the construction and real estate sector, 2014 marked the year when activity and confidence began to finally increase. Two years later Cyprus recorded an impressive 43% year-on-year upsurge in transaction activity signaling a new era of growth for the struggling industry. This improved climate was driven by the country’s rapid post-crisis economic growth, the introduction of new and attractive property tax incentives, increased demand from the domestic sector, as well as the programme for naturalization of investors which attracted mainly non-EU buyers to invest in Cyprus property. This scheme, which was launched in 2013 to help stimulate economic recovery after the financial crisis, has since been amended to enforce more stringent requirements and limits on applicants and is now called the Cyprus Investment Programme. 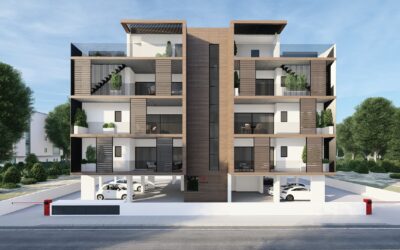 AVAILABLE RESIDENCES FOR SALE Venera City Residence is a three-story building that comprise 12 spacious, 2 and 1 bedroom apartments each incorporating the latest in quality finishes. The project is delivering quality with our high quality finishing materials and the... 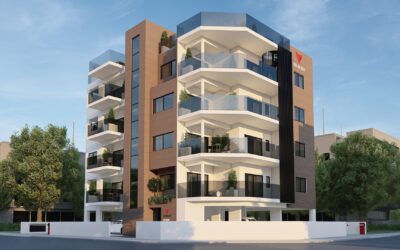 AVAILABLE RESIDENCES FOR SALE Venera Sporting Residence is a four-story building that comprise 6 spacious 3 bedroom, 2 bedroom and 1 bedroom apartments each incorporating the latest in quality finishes. The project is designed to cater to comfortable, modern living,...